What Effect Will Brexit Have on the London Rental Market?

Soft Brexit. Hard Brexit. Wobbly Brexit. No Brexit. Smooth Brexit. With Prime Minister Theresa May's Brexit deal looking increasingly like it will be rejected in the House of Commons, it's safe to say that we're all just as confused about Brexit as we were back in 2016, when the referendum result first came to light.

Whether you’re Remain or Vote Leave (with this being a London-centric blog, we have some idea as to what side of the fence you’re sitting on), there will be implications for the U.K ‘going it alone’. That includes the effect Brexit will have on the London rental market - a question sure to be on the lips of many people living in and thinking of moving to London.

After all, renters outnumber homeowners in the capital, so it’s a fair assumption that they might be concerned about the rental market - especially if they are originally from the EU. Or even more intriguingly, what about those currently living abroad who are thinking of moving to the Big Smoke?

Will Brexit Even Happen?

The calls for a second referendum are growing by the day, and there are a few scenarios that could play out which would make such scenario a reality. This BBC article details what could happen next with a shiny graphic to boot. But essentially, a rejected deal for Ms. May means that everything is up in the air.

A rejected deal gives the government 21 days to set out a plan of action. What that action is, we currently don't know. But it could involve more deal negotiations, a second referendum or even a snap election.

Great, But What Does This Mean For Me as a Renter?

Unless you have a super awesome crystal ball (we’d like one if you do), it’s hard to tell exactly what happens next (though we will be updating this post once we do know).

As far as immigration goes, the number of people entering the UK was one of the overriding points constantly drilled home by those on the side of Vote Leave. However, even before we joined the EU, people still came to this country to live and work.

Despite what some of the scaremongers might say, there is a strong possibility that things will pretty much remain the same for those from outside of the country once Britain has exited the EU. It may just be that the application process changes. The reality is that right now it’s impossible to tell what the future holds, and we should have a better indication in the coming weeks.

Well, that doesn’t seem too bad, but what about rents?

Shortly after the referendum, many property experts predicted a rise in rents as a result of Britain deciding to leave the EU. Those predictions were slightly off course and what we’ve actually seen is a drop in rental prices. In fact, rents have dropped for the first time in seven years, according to HomeLet. The decrease is rather good news for those seeking rental accommodation, especially in London, where many tenants were starting to feel the pinch in some areas.

There could be even more overseas investment

More foreign investment would likely be a bit of a kick in the teeth to those who voted to leave, but the drop in the pound - which happened in the wake of the referendum result - could make investing in London property even more appealing, as those from abroad will potentially be getting more "bang for their buck".

There is even an argument to be had that the more property purchased with the sole intention of being let could keep rental prices stable or drive the price down even further, as greater competition means landlords will have to be competitive with their rates.

Ok, we’re sure many Londoners renting in the capital might raise an eyebrow to that statement, but with some uncertainty in the market, the last thing professional landlords want is to risk losing tenants or face long void periods because of unrealistic rental demands.

There is a possibility that more property being bought with intentions to let could again drive rents up, but many of these investors have portfolios and will know they have a line to tow in current market conditions. Falling rents probably won’t deter people from investing, and it could mean even more available rental property at better prices.

Or, there could actually be even less demand

While it’s extremely unlikely that non-British people will be pushed out of the country in their droves or no one will be allowed into the country at all after 2019, there are still those from outside of the UK who will be skeptical about settling in England.

We have already seen a huge drop in the number of people applying to be nurses from the EU and, whether rightly or wrongly, the impact of Brexit is causing some people to think differently about their futures.

The roll-on effect could see even more properties become available - especially in a city like London, which relies so heavily on the great work done by those from abroad. More rental availability is also likely to keep rents down, and those moving to London from abroad after Brexit may actually have even more choice at lower rental prices.

One of the most annoying aspects of Brexit is the uncertainty that surrounds it, as many of us find ourselves in a situation we've never faced before. It basically means that, as of right now, everything is just speculation - even from political professionals.

Until the government decides on a deal to take the UK out of the EU, everything will still be on the table, including the very slim possibility that Brexit won’t happen at all - or a second referendum. What is certain, however, is that London has always been a city where everyone is welcome, and it will likely stay that way once Britain has left the EU.

We’d love to know how you’re feeling about Brexit and its implications on the rental market; what are your fears? Or are you optimistic that it will lead to a more competitive market? Sound off in the comments below. 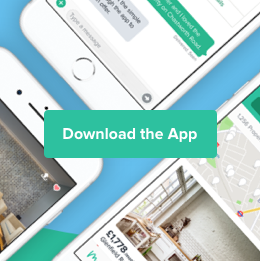